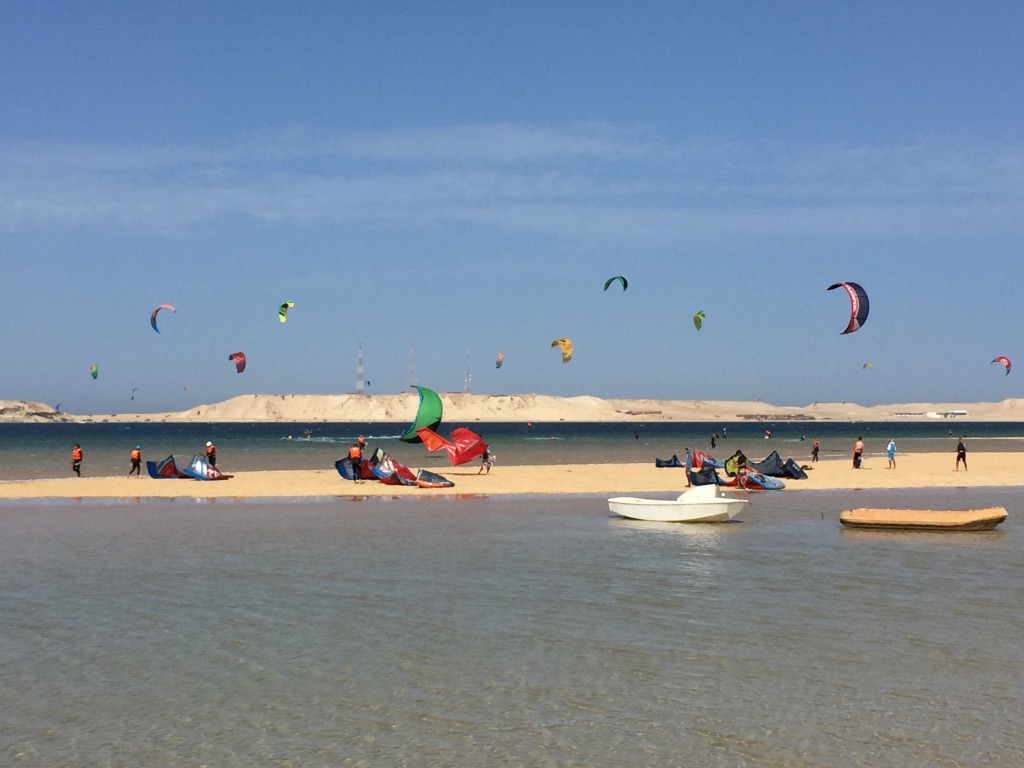 A thermal wind is a phenomenon that can happen anywhere on a coast as soon as there is a difference of temperature between the land and the sea.

During the day, if the weather is nice and warm, the land will tend to warm up faster than the sea. Therefore, the air above the land will become warmer than the air above the sea. As warm air is lighter than cool air, the warm air will rise up creating a “void” above the land. As nature hates emptiness, it creates a sort of breath of air. The colder air above the sea, loaded with moisture from the sea, rushes into the space left vacant by the raising warm air. In its turn this cool and wet air heats up and rises. During its ascent, the air will cool down and condense.

The “horizontal” movement of air from the sea to the land is called a sea breeze or on-shore wind.

The thermal usually rises in the late morning, early afternoon and progressively stops at the end of the day, when the sun goes away.

At night, the opposite phenomenon occurs because the land cools faster than the sea. The air moves then the other way round, from the land to the sea. Warm and moist air is rising above the surface of the sea water.

The movement of air from the land to the sea is called earth breeze or off-shore wind.

The breeze strength is usually ranging from a “light breeze” to a force 5 or 6 “good breeze”.