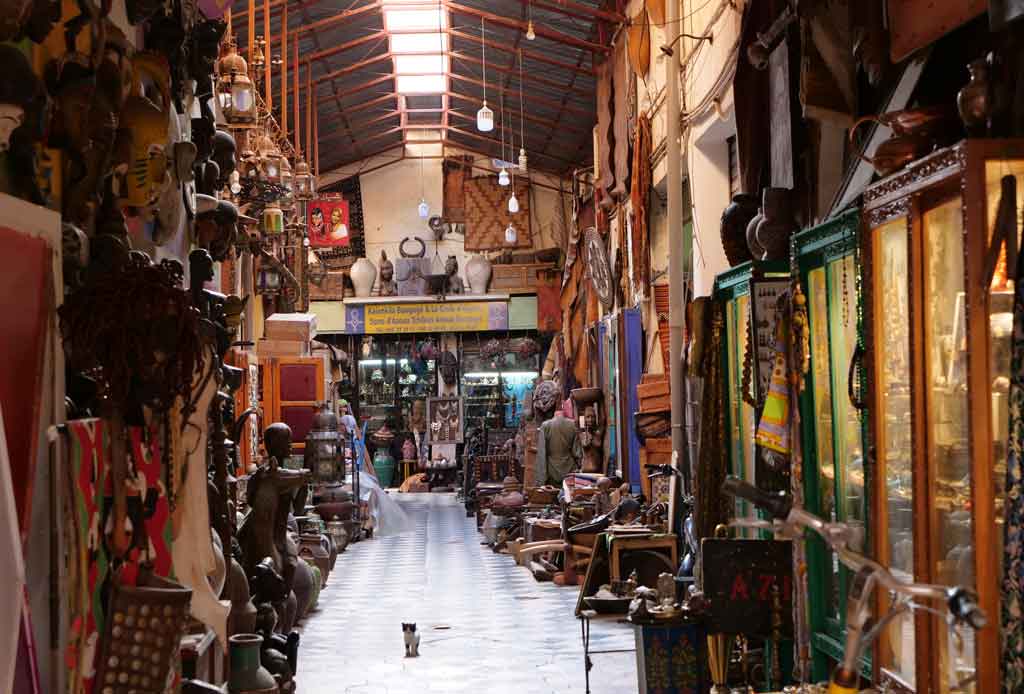 Exchanging job for a tea and books offers the advantage of being able to write in my agenda what I want. I have plenty of time to structure, scratch, shift, replace, delete what I want without needing to program in advance. It is therefore without any anticipation that I made my first escape in Morocco. Morocco is an easy destination with enchanting scents who provides total escapism within reach of a tiny handful of hours by plane when you live in Europe. I did not plan to stay in Marrakech for a very long time and, in finally, two nights was almost too much!

In Marrakech, I felt assaulted. I was assaulted by the continuous boiling of a city able to record more than 8.5 million overnight stays over the past year. 8.5 million overnight stays, that is, on basis of a minimum of one night for two guests, more than 46,500 visitors per day in Marrakech. Visitors that you can easily imagine to meet, for a large majority, walking in the historic heart of the city which has been recognized as world heritage by UNESCO in 1985. I was assaulted by a state of general warm-up pluging the visitor into a tumultuous disorder which cause him to forget the delicious wanderings through the interwoven streets of the Medina that he could used to do in past time. I felt assaulted by the fact to be hustle and ‘collared’ every two steps. I felt assaulted to be tracked over several meters for the purchase of a commodity at so-called unbeatable prices. I felt assaulted when I felt my hearts broke seeing how the poorly monkeys and snakes who were part of the Jeema el-Fnaa show were treated by their owners who can get quick aggressive if you attempt take photo without paying. I felt assaulted by false guides who could indicate the same place in the opposite directions. I felt assaulted breathing the exhaust gaz of a real parade of motor scooters and other similar two wheels vehicules in the narrow streets of the Medina . I felt specially assaulted by the fact to be annoyed to feel assaulted.

While trampling among the tourists in the alleys of the medina, I remembered to have loved Marrakech when I was come there several years ago. Clearly, years later, Marrakech had become oppressive and tragic city for me. One of two things must be true, I had already become old at my age without too much notice or Marrakech has lost of its quietud and beauty by wanting to do too much. Or again, a combination of both. Fortunately, the small riads offer a real haven of peace, a shelter, a place that welcomes, cares and pampers visitors from around the world. As such, I recommend to note in your adress books the Riad Baraka & Karam, Riad Dar Zitouna, Riad Dar Aicha, Riad Al Jazira or Riad Dar Sara, as riads of exception of the heart of the medina to be booked without hesitation.

In the end, go to Marrakech presents the undeniable interest to be able to reach quickly the surroundings of the city which hide natural jewels quite exceptional as the Agafay Desert, the Toubkal National Park or the Ourika Valley. Outside Marrakech the feeling of wallet on legs and aggression fade to the point where we forget them. Somme places that will allow you to enjoy in peace of the fascinating alchemy of flavors, scents, colors of Morocco.