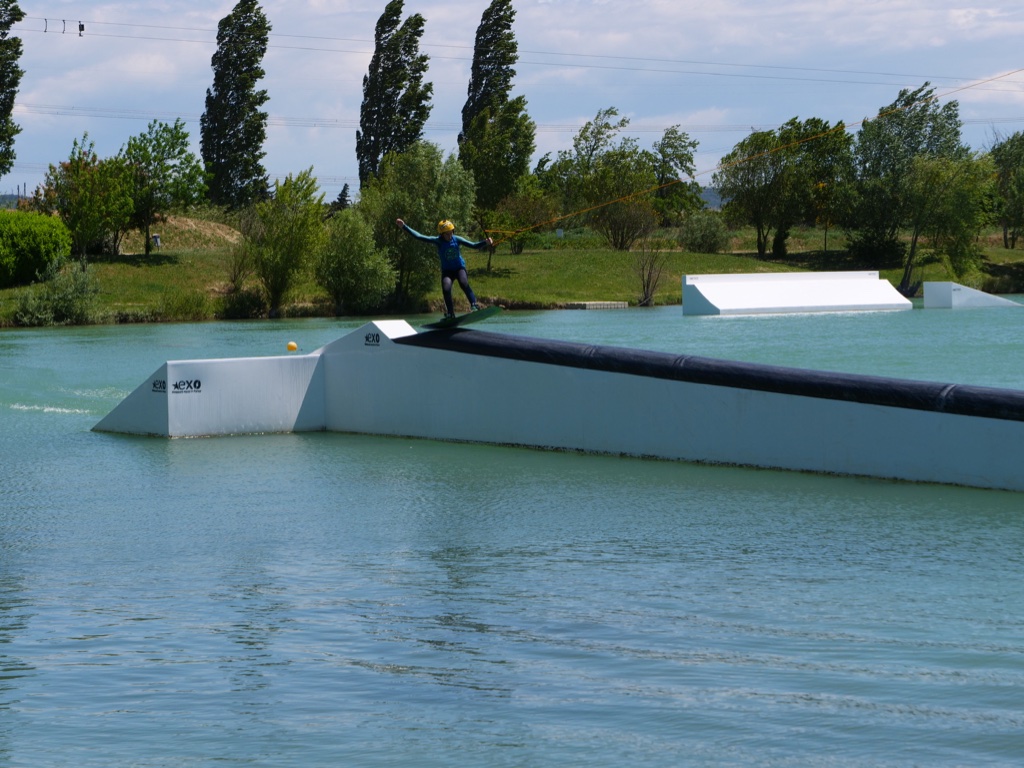 On an artificial lake or lake, a water body, open swamps, a river, fairly wide canals, the sea, anywhere as long as there is water and that is ” safe “, can be put in place a Cable Park. Today, there are more than 90 cable park spots (including just under a third of 2.0 system) spread throughout France.

In itself, the installation of a Cable Park is not so complicated. An infrastructure made of 4 to 6 towers main cable, a nice dock, a full line of rental equipment, some modules, a little snack bar and have that done. The most complicated part, as seems to often be the case in France, is the search to find pertinent information and authorizations, particularly in terms of legislation and responsibilities. The agreement to exploit a water body, the authorization to construct, the civil engineering expertise for the foundations, the financing issues, the risk of indebtedness, and so on, may put some people off.

According the size and the difficulty of the installation, you have to count between 500,000 and 2,000,000 €. With a nice infrastructure to accommodate visitors in a pleasant and peaceful environment, the activity of the Cable Park can quickly become very attractive for the local communities that may be entreated by the idea of ​​surfing on an effective and dynamic business activity and directly or indirectly job-creating.

We find sometimes even a wide disparity between the Cable Park “FMR” for less than 1,000 euros perfectly mobile and ephemeral and, the mammoth project of an investment of approximately 14 million euros planned to Baillargues next to Montpellier. Three water ski lift were supposed to open in 2019 on an artificial lake whose original purpose was to form a retention basin to prevent flooding. For these 12 hectares park the groundbreaking was given in 2014, and we are still talking about project because the city of Baillargues has been forced by the France’s Conseil d’Etat to review his Cable Park project.

In France, if we like the Wakeboard, it seems difficult not to find a Cable Park allowing a regular practice from spring to autumn. It is to Exo 84 at Lamotte du Rhône that our young rider has spent the great majority of time to wakeboarding in France. Exo 84 is one of the 11 spots of network of ExoLoisirs, you can practice water-skiing, kneeboard, wakeboard and wakeskate. The Cable Park offers a course of 800 m on a body of water at less than 10 hectares in area. There are 5 towers main cable with kickers, straight box, street rail tube, etc. It’ll take each rider around 1’35” minutes to complete one round with the cables running at the usual speed of 30 km/h and can even reach the 60 km / h in the turns. The park usually hosts between thirty and fifty visitors by a sunny afternoon. Some of them are real regulars of the place. On this ground managed by Marc Langlois, French vice-champion in in 2007, is a peaceful atmosphere. Various options and rates are proposed to introduce you or perfect you (from 7 to 77 years) supervised by dynamic and qualified instructors of State.

Finally, to take advantage completely of your passage you can take a snack, cool, tan on sunbathings with a direct view of the lake.  This environment fits perfectly with the codes of a people in search of strong sensations in an “eco-responsible” environment and accessible to all. For riders of all ages and skill levels, the cable always has something to offer…