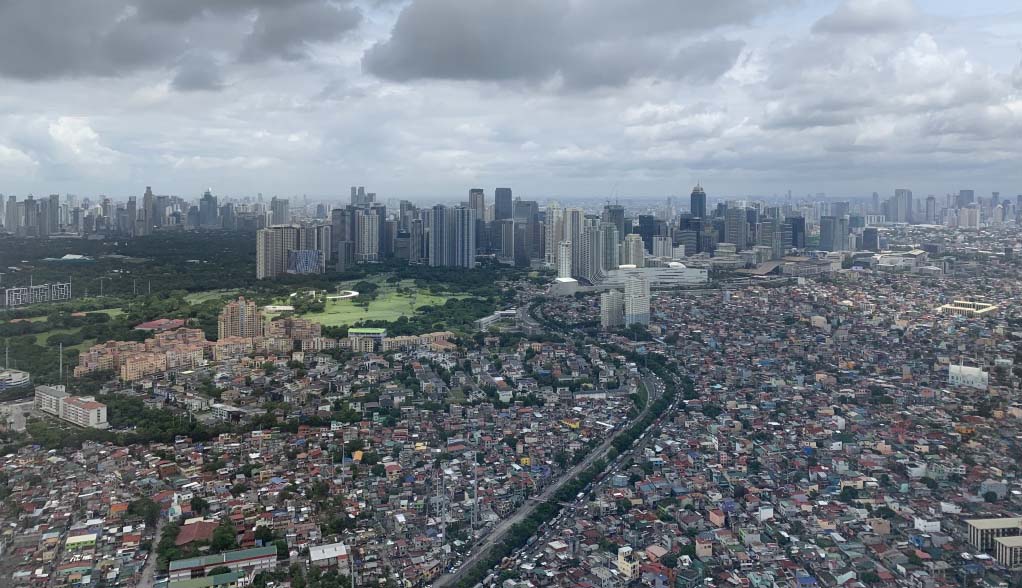 If you are planning a trip in Manila it is better not to have any expectations, they will be greatly exceeded, in one sense or another, because Manila cannot easily be guessed. A city where it is absolutely impossible to take full measure. One of those cities that we can only appreciate if we live there because far too far away from the Philippines’s postcard that the tourists, from anywhere in the world, expect to find.

Manila is the capital of the Philippines and one of 16 cities that comprise Metro Manila. Manila has an overall population of 12.8 million but the larger urban area has a population estimated at 21.3 million, according to the Philippines Statistical Authority. Manila is one of the most densely populated City in the world. In other words, Manila looks like a huge anthill! After only a few hours in Metro Manila, the idea of achieving a livable city through urban planning and design sounds like such a pie in the sky.

For our part, we settled in Makati, a suburban municipality in Manila. In this upper-class suburban, we are more than 19,000 people in the same square kilometer. Rather positioned vertically because the glass buildings of Makati insolently clash with the shanty towns in the areas around. We spent our first day walking through the Makati streets. A visit of the city giving an overall impression of a succession of cloistered urban spaces made of office buildings and towers lining large avenues, malls incorporated on firsts floors of buildings and a few residential villages on the background. The main financial and economic center of the country, Makati is also the suburb of expatriates who occupy more than half of the residential villages, embassies and consulates and government organizations. The city never stands still, constantly agitated by the to-and-from of these inhabitants and the whole agglomeration. The urban planning department of the city indicates that the population doubles during the week days. When in Manila, the word “traffic” has almost become part of the daily vocabulary. While people from other parts of the world discuss the weather, here, we discuss the traffic. The traffic is absolutely appalling to office hours and alarming at other times. In Makati, a priori like all Metro Manila, everyone is moving in a joyful mess, noisy and polluted. And yet, paradoxically, a kind of “sweetness” floats in the atmosphere in Makati, we do not feel insecure, we do not feel oppressed or even jostled as much Filipinos are courteous and respectful. In the utter shambles everything seems to flow in the most naturally way in the world. You would just need to walk with a noise-isolating hard hat to get a feeling that there is perfect combination of glass, concrete and steel to offer the spectacle of a continuous movement with a new and particular perspective.

So, inevitably, when we arrive exhausted by the travel and suffering a little from jet lag, eyes still obscured by unrealistic expectations, it is difficult not to allow a bitter and heavy feeling approach us. A few days to get used to our new reality and it will be time to dig a little deeper in and meet with our new environment. Because everything remains to be discovered!