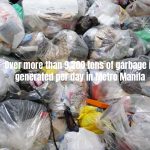 According to a report by the Senate Economic Planning Office (SEPO), the Philippines generated more than 40,087 tons solid wastes per day in 2016, including Metropolitan Manila accounting for more than 23% of the total wastes. The last data of the Department of Environment and Natural Resources … END_OF_DOCUMENT_TOKEN_TO_BE_REPLACED 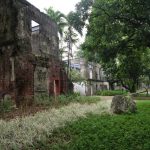 West of Metro Manila and 14 km or one hour’s travel from the apartment, we find a place called Intramuros. The Spanish began building Intramuros in 1521 on a land strategically chosen between Manila Bay and the Pasig River. As the “noble an ever Loyal” capital of the Spanish empire, this walled city … END_OF_DOCUMENT_TOKEN_TO_BE_REPLACED 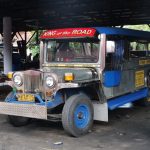 In London there is the red double decker bus, in New York the yellow taxi, in Peru the moto taxi, in India the little beetle-like auto-rickshaw, and in the same league in Manila we have the Jeepney. No jeepneys look the same. The bare frame of metal panels are able to accommodate any kind of … END_OF_DOCUMENT_TOKEN_TO_BE_REPLACED 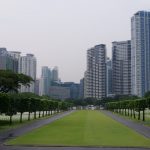 It may seem strange to begin to approach the history of Philippines by the visit of the Manila American cemetery, but there are obvious reasons for it: The American cemetery is just near home. It must be one of the biggest American Cemeteries I have visited. It seems bigger than the one in Normandy. … END_OF_DOCUMENT_TOKEN_TO_BE_REPLACED 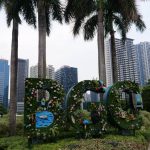 We just got an apartment located on the twentieth floor of a 50-story tower in Bonifacio Global City. Depending on the part of the world where you unpack your suitcase, some phenomena, that you may have not previously payed attention to before, take a certain interest. Here, for example, we easily … END_OF_DOCUMENT_TOKEN_TO_BE_REPLACED