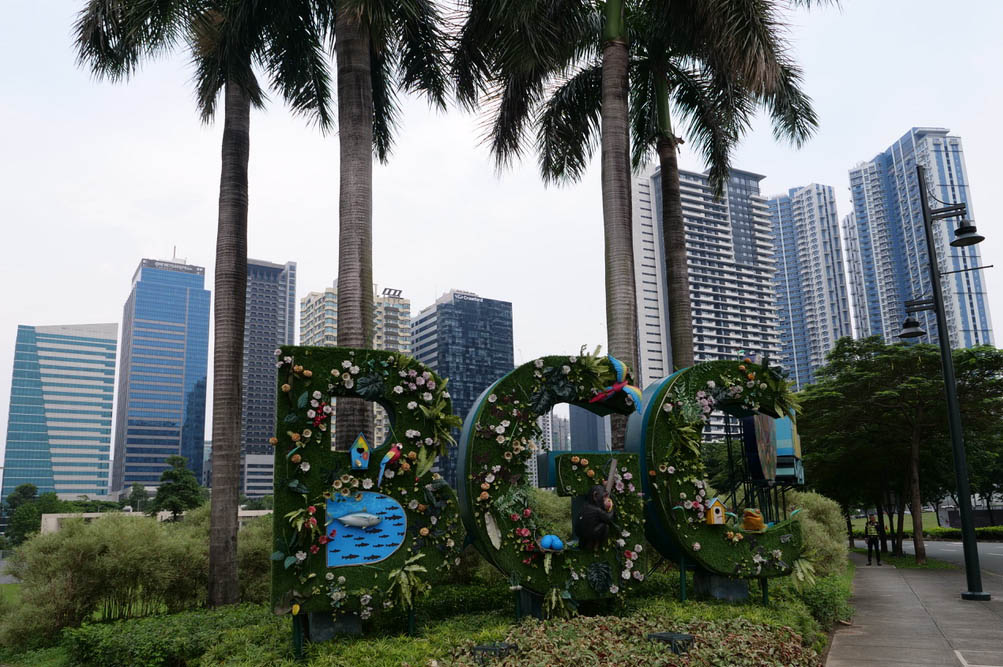 We just got an apartment located on the twentieth floor of a 50-story tower in Bonifacio Global City. Depending on the part of the world where you unpack your suitcase, some phenomena, that you may have not previously payed attention to before, take a certain interest. Here, for example, we easily pay attention when we hear about earthquakes. Our building, measuring 179 meters high, has provided a “seismic certification” as soon as we arrived. Because here, the main thing that’s on every building tenant’s mind right now is the question: “How safe is our building when a strong earthquake hits?”. Hence, we know that the building should be able to withstand earthquakes with magnitudes 8 on the Richter scale. It must be known that if an earthquake causes a lot of surprise for example in France, in this part of the world it is a common thing. Japan suffered more than 1 500 earthquakes every year.

Philippines is located in an area known as Pacific Ring of Fire. It is a linear set of volcanoes surrounding the Pacific Ocean over approximately 40,000km (25,000 mi). Receiving its fiery name from the 452 dormant and active volcanoes that lie within it, the Ring of Fire includes 75% of the world’s active volcanoes and is also responsible for 90% of the world’s earthquakes. So, that is very comfortably installed in this unstable paradise than the idea to learn more about earthquake and paraseismic building came naturally.

Technically, the intense seismic activity corresponds to subduction zones, where an oceanic plate sinks under another plate, continental or oceanic. If we understand correctly, the earth’s surface consists of 20 constantly moving plates. On the American side, for example, the North American plate is moving to the west-southwest at about more than 2 cm per year. South of the Pacific Ocean, the Nazca Plate sinks to the east under South America, raising the Andes Mountains. On the other side, the big Pacific plate sinks under Japan.

The National Earthquake Information Center (NEIC) records an average of 20,000 earthquakes every year (about 50 a day) around the world. There are, however, millions of earthquakes estimated to occur every year that are too weak to be recorded. So even though most of them not felt by people, the region in southern California alone suffers about 10,000 earthquakes per year.

As we have learned, it is common to measure the earthquake magnitude via the Richter-scale which goes from 0 to 10. However, not being a seismologist, those numbers are not particularly helpful, other than to accept the idea that 9 or 10 would be a very bad earthquake. We can generally start feeling them around 4 or 5 in magnitude, and this is enough to cause some damage, even if most buildings are fine up to 6 in magnitude.

The Richter scale was later replaced by MMS or Moment Magnitude Scale during 1970s. MMS actually measure the size of an earthquake in terms of energy released by it. The magnitude 9 earthquake that struck Japan in 2011 generated at least the equivalent of 600 megatons of TNT, or the annual electricity consumption of France, but can be much more because its duration was exceptionally long. We should be aware that an earthquake can last for some seconds up to several minutes. The longest earthquake took place in 2004 in Indian Ocean, it lasted for 10 minutes!

The intensity decreases rapidly with the distance, so it is obvious than it is better to be as far as possible from the epicenter. An earthquake at the bottom of the ocean (such as the one of 2004 in the Indian Ocean) can result in tsunamis able to move in all directions at a speed of 600 km or 800 km/h. When the tsunami approaches a shoreline, the waves can reach a height of 100 feet (30.5 meters)!

Currently, if we know for sure that we are on an area prone to seismic activities, it seems impossible to anticipate on the next earthquake. Except apparently for some animals that seem to be more visionary than seismologists. Before the slightest warning was issued, the pandas of the Wolong National Nature Reserve, near Chengdu (China), for example, felt the earthquake that struck Sichuan in May 2008. In 2004, elephants and buffaloes got off the beaches a few hours before the tsunami.

So, a good way to prevent an earthquake is to stay in an earthquake-resistant construction. But why is it that earthquakes of similar magnitudes can have such widely varying effects? For instance, cities in New Zealand, Chile and Haiti experienced similarly sized major quakes in 2010. Christchurch and Santiago suffered, but Port Au Prince was devastated. During an earthquake, seismic waves are propagating vibrations that can move buildings and other structures, which must – in order to maintain their equilibrium – exert significant strains on the surrounding soil. Most injuries caused by earthquakes come from the collapse of buildings.

Buildings are indeed basically designed to support a vertical load in order to support the walls, roof and all the stuff inside to keep them standing. It’s about keeping them standing up. And us with them. One simple way to make a structure more resistant to the earthquake lateral forces is to tie the walls, floor, roof, foundations and same his inhabitants into a rigid box that holds together when shaken by a quake.

As the buildings get more and more bigger and taller other techniques are employed such as “base isolation.” During the past 30 years, engineers have constructed skyscrapers that float on systems of ball bearings, springs and padded cylinders. Acting like shock absorbers in a car, these systems allow the building to be decoupled from the shaking of the ground.

Another technique to dampen the swaying of a tall building is to build in a large (several tons) mass that can sway at the top of the building in opposition to the building sway. Known as “tuned mass dampers”, these devices can reduce the sway of a building up to 30 to 40 percent. The Taipei 101, formerly known as the Taipei World Financial Center, has such a giant pendulum mounted between the 88th and 92nd floors. Weighing in at 730 tons and capable of moving 5ft in any direction, it takes the prize as the world’s largest and heaviest building damper. In fact, it is so heavy that it had to be constructed on site since it is too heavy to be lifted by a crane.

There are many recognized methods for building earthquake resistant buildings. Unfortunately, these methods are not always used. New construction, safety of old buildings or new generation ideas like ViBa, a vibrating barrier to place under the streets and around buildings to absorb shock waves, the field does not lack innovation and seismic prevention extends in all directions. The web does not miss of substantial and interesting pages about this topic.

One thing is certain, we risk again sooner or later during our expatriation to feel the earth tremble. The good news is that there is no more earthquakes than before, but the innovations in seismic construction are more and more efficient. In a sense, cities most-at-risk for earthquakes would not necessarily be the ones where the earth trembles the most, because in this part of the world we take this seriously. We are undoubtedly more exposed to earthquakes at Bonifacio Global City but also certainly better prepared than in southern Italy for example.

With all these remarks, learning to live in a seismic zone begins by stopping to read everything about earthquakes. Anyhow, our readings will prevent nothing, however, stop them is the best way to not feel its carcass vibrate while for the moment, nothing is shaking around!