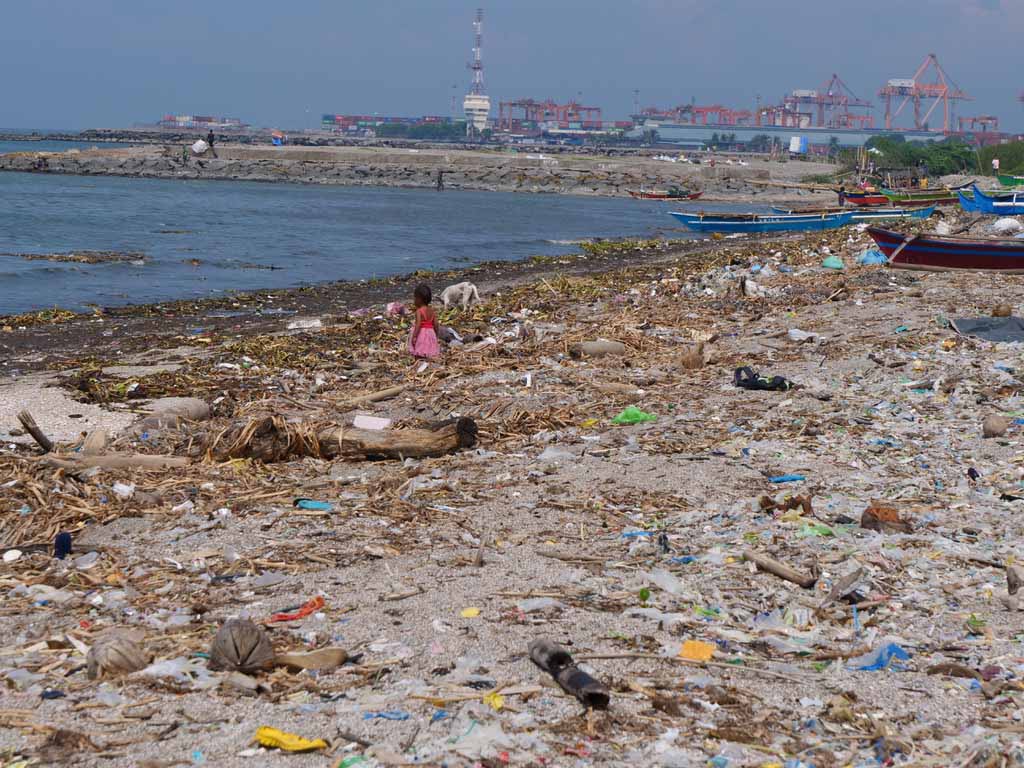 When you begin to take interest for a specific domain, it is hard to think where the willingness of a deeper understanding can lead us. Smokey Mountain is the most famous of several garbage dumps in Metro Manila. And even though the government closed Smokey Mountain in the late 1990s, it remains a notorious symbol of poverty and urban misery.

Watch your step when you go to Baseco, located next to the outlet of the Pasig River. The Manila’s slum BASECO is one of the densest informal settlements in Manila. Its 18 kms of sand and seashells is probably the world’s biggest toilet. It is really difficult to know the number of residents of this district, but it is likely that it is now home to over 70,000 urban poor dwellers. It should be noted that in Metro Manila, 50% of the population lives in slums. That being said, according to the United Nations, about a quarter of the world’s urban population lives in slums and this figure is rising fast.

I am acutely aware that “slum tourism” sparks considerable debate around an uncomfortable moral dilemma. But should we simply keep our eyes shut? For my part, I went to visit a slum … and, I do not regret at all these four hours in BASECO slum.

The families of BASECO Slum occupy an area of about 30 hectares on the BASECO Baranguy district. In the last ten years, the district has suffered, in particular, natural disasters. Due to its proximity to Manila Bay, it is particularly vulnerable to river flooding and storm surges. The last “official’ censuses account approximately 70,000 inhabitants, and children make up a sizable population. Walking on its skinny, maze-like alleys, one realizes just how massive this community is.

Inhabitants live in simple shanties or shelters, some of them in huts made of wood, iron, plastic or whatever they can find to build walls. Not all of them have doors or even any furniture inside. Most of the shanties have poor sanitation, no toilets, no water and no electricity, although apparently the government provides support for electricity and water (PHP 38 per kW – PHP 3,500 for the water connection and around PHP 10 per 15L container). Basically, these two items are brought into the area and then private distribution is done. Water is piped to homes or to distribution points. There are also restaurants, internet cafes (PHP 1 per 5 minutes), stores, two schools – primary and secondary school -, a basketball court, two chapels, a clinic and a police station. There are clean laundry drying everywhere. Sometimes ones can see TVs through cracks in people’s homes.

Moreover, as people in the Baseco area live at sea level, whenever there is high tide, a lot of houses are flooded. Most residents have lived here for long time. A significant number of them came from far-flung provinces in search of a job in the city. However, diverse and lucrative work opportunities lack in the Philippine capital. The main source of income here is scavenging of plastics, garlic peeling, metal and charcoal production. Women work full hours skinning garlic cloves outside their homes and packing them for large-scale distributors – an eight to ten-hour job that pays a measly Php80 (around USD1.50) per 15kgs.

Everyone was greeting the visitor. There was no moment where I could have felt unsafe or anything like that. However, in a first time, I felt uneasy taking out my camera, I think it is due to the sense of capturing the portrait of the people that lived there, that I feared. My time inside this slum was for me very shocking, I could not believe my eyes. But it was very important for me not to look at them with pity or compassion, and in fact, this was not difficult insofar as nobody seemed ashamed of where they lived. Their dignity was impressive. In fact, the people were smiling! Because while their surroundings may appear absolutely unacceptable, the people that live in Baseco are full of color and joy. After a little time, I naturally took out my camera to capture some of these looks and smiles. Indeed, the smiles and eyes of these kids are a challenge to our own wealthy life.

About my quest to try to understand the solid waste management in the Philippines which bring my steps along Baseco beach where children sort through garbage, it is impossible not to ask, “how is this possible?”. According to the local guide, money is hard to come by, so the majority of people only buy little sachets of food. In Manila’s slum areas which are inaccessible to garbage trucks, sachets and other waste are thrown in estuaries, on the beach or dumped on the street. The beach is blanketed by trash. The environmental group Global Alliance for Incinerator Alternatives (GAIA) studied non-recyclable waste collected in Philippine cleanups and found that 60 percent of it came from just 10 companies, led by Nestle, Unilever and Procter & Gamble. Bear in mind than the study released by GAIA found that nearly 60 billion tiny sachets and 17.5 billion plastic bags are used in the Philippines every year.

In summary, it is obvious that the big brands succeed without apparent problem to penetrate all the markets, including the slum. There is also no doubt about the fact that they are able to propose different type of packaging in order to meet with all tastes and sizes of wallets. However, the proposals by those same firms to recover waste produced appear really less clear. I fully agree with the fact that every effort, even those which may be perceived as small and insignificant can help address the problem. But, does the plastic pollution not occur right at the very moment that plastic is made?