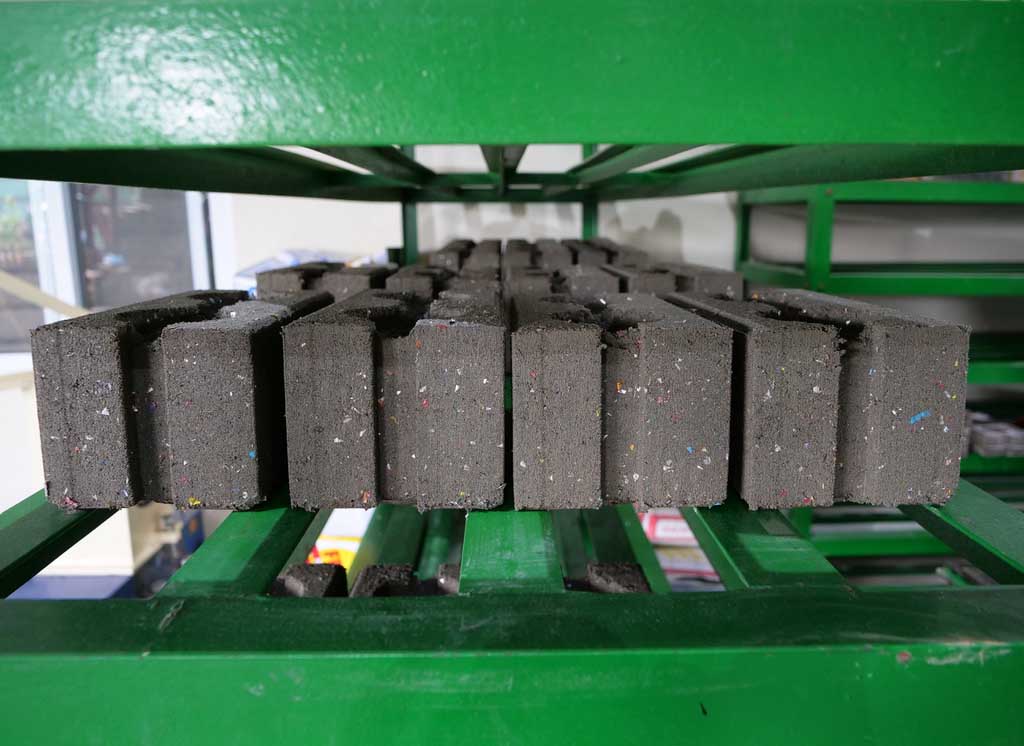 On a press release of beginning 2018, it is mentioned that the Philippine Alliance for Recycling and Materials Sustainability (PARMS) was set to establish a PHP 25 million ($475,000) facility that should recycle plastic sachets. In a statement, the multi-stakeholder group said the recycling facility will be able to process more than 150 metric tons of waste per year, which will be converted into products such as pallets, school chairs and other high-value plastic products.

Driven by curiosity to learn more about this mysterious alliance, I made an appointment with his Executive Director, Paolo GONZALES. Paolo is a young man really courteous and serious. He took time to talk about PARMS over a coffee into a Starbucks’s cups non-recyclable according himself ;-).

According Paolo Gonzales, the PARMS stake is “to develop and implement a holistic and comprehensive program to increase resource recovery and reduce landfill dependence towards zero waste”.

In his presentation, the PARMS objectives appear to be, in particular, to promote sustainable material economy in the Philippines through mechanisms that close the loop of materials cycling from consumers to recyclers and manufacturers. At the same time, it also means to influence manufacturers to continually increase recyclability of their products as well as educate consumers to shift their behavior to give preferential bias to products with higher recyclability. An ambitious program around which the biggest consumer goods companies join together in the country.

This is a good news for all, because we can also read that the waste and brand audits conducted in the country show these multinational corporations to be the top sources of pollution, particularly of single-use plastics. So, would these companies will be ready to clean up their act and own up the massive pollution associated with their brands and products?

It is true that the companies are increasingly involved on recycling. But for recycling it is first necessary to ensure a good collect of the plastic waste. Perhaps also it could be a good idea to reduce or at least to staunch the steady flow of new plastic. Since the 1950s, only 9% of plastic ever made has been recycled, while plastic production is slated to increase by 40% in the next decade. And, in Philippines, the majority of discarded plastic waste is either landing in landfills or in the ocean.

In terms of concrete project, on the field, I have visited a PARMS Plastics Recycling Facility in Sucat, Parañaque City. The facility started three months ago in partnership with the local government. The facility provides job to twenty employees including drivers for plastic waste collection which occurs morning and afternoon. Seven elementary schools in Parañaque collaborating with PARMS which to collect and transport the flexible plastics to the Parañaque Materials Recovery Facility. The plastics then are processed to become Green Antz Eco-bricks which are also used to improve the schools’ facilities.

Green Antz is a company which developed a way to convert flexible plastics to construction materials. Their main product is the Eco-brick which is a cheaper and sturdier alternative to concrete hollow blocks according to them.

In the absence of electricity, the facility is equipped with a shredder bike and all is manual making. Currently the facility makes around 90 bricks a day, consuming around 60-100kg of plastic waste according PARMS representative. A calculation very difficult to refined in the explains I received about the Eco-brick basis mixture’s composition. According the recipe as directed by the technician consist to incorporate only 0,94% of plastic in the final composition serving to make 45 Eco-bricks.

For sure, this is less plastic in the landfills. For this reason, the initiative is really positive. The future development of PARMS is to invest on an extrusion device which will converts flexible plastics into lumbers. These lumbers can be turned into usable products such as pallets, school chairs, tables, and tire bumpers.

What we know for sure is that passing though different places of the recycling industry shows that promoting an efficiency recycling industry is an approach needing the participation of all stakeholders: households, schools, establishments, administration, companies, waste-pickers, recycling centers, and also you, myself, and all the others. The PARM holistic and comprehensive program underline at least the will to board all stakeholders. As say Crispian Lao, president of PARMS, “every effort, even those which “may be perceived as small and insignificant”, helps address the problem”.

In the Philippines, as I suppose everywhere around the world, recycling is largely dependent on the monetary value of the recyclable materials. Plastic materials are one of the most valued among recyclable waste. It is obvious that the recycling industry must work to minimize the fact that the plastic waste ends up in bodies of water or overstretches the landfills. The necessity to improve the quality and the quantity of waste collection appear a priority.