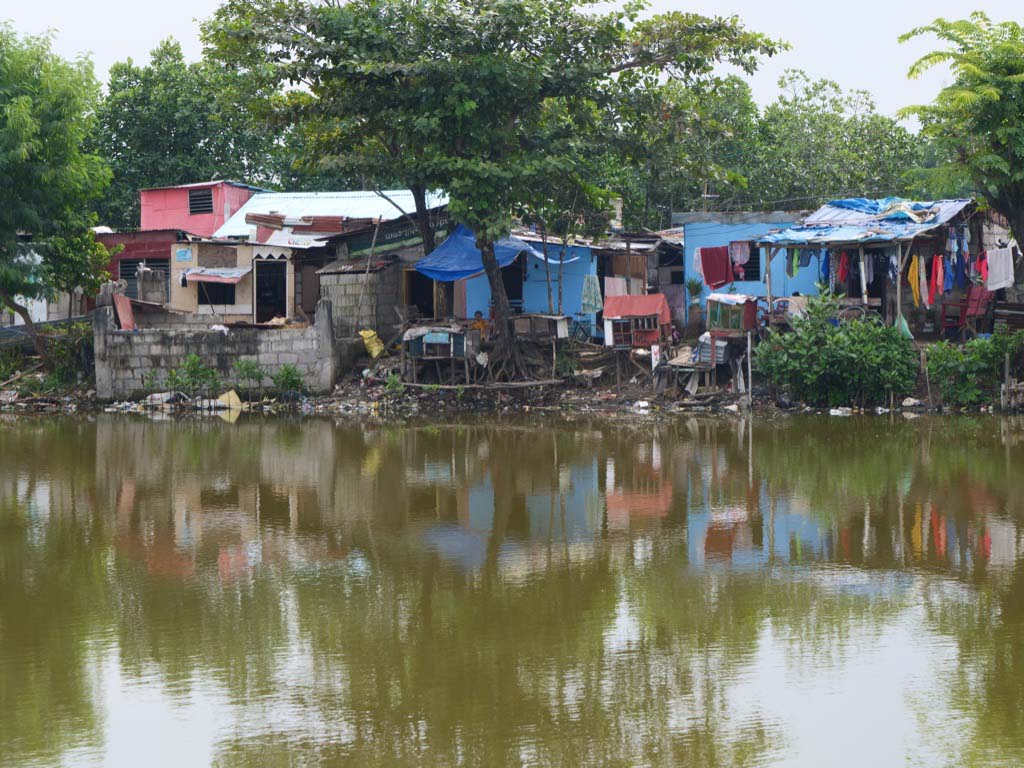 Everyone, everywhere has the right to water. Unfortunately, in the Philippines, around 1 in 10 people still do not have access to improved water sources.

Inadequate and intermittent water supply in Metro Manila and in other parts of the country can have serious health consequences. When water is scarce, people are often forced to rely on drinking water sources that may not be safe.

Families without a safe water source in or near their home often spend significant time and energy collecting water. The chore of fetching water is mainly performed by women and children who must, several times a day, make the journey between their home and the water point, heavily weighed down.

Parallel supply systems are often set up: hacking of the official water network, private wells, illegal resellers, etc. A piracy who degrades the pressure and water quality because the entire network of the concessionaire of the city can be thus contaminated by sewage and waste. Also, owners of private wells and illegal resellers, for their part, charge much more than the official concessionaire and often form mafia systems, which are sources of pressure for families.

The quality of well water and stored water often unfits for consumption and generates many waterborne diseases (diarrhea, cholera, yellow fever, dengue, malaria …) and therefore significant health expenses. In 2016, one of the top 10 leading causes of death in the Philippines was acute watery diarrhea, claiming over 139 000 lives.

More than 30 different agencies in the Philippines have some role in water resources and water supply and sanitation, but there is currently apparently no single department or body with overall responsibility for sector policy and coordination, or for overseeing implementation of sector reforms, especially outside Metro Manila. The unclear delineation of responsibilities seems to be the main constraints for development of the urban water and sanitation sector.

And this is there where the social business company Tubig Pag Asa (TPA), created by Eau et Vie, made a completely different bet. Indeed, TPA builds water distribution networks connected to the one of the concessionaires. In this scheme, for a specific area, TPA is the only customer to the concessionaire of the city. TPA acts as a water operator and distributes water in the underprivileged urban district by providing all the associated services: meter reading, collection of payments, maintenance and network security. The objective is to offer each family and every public place a connection to running water at home.

The aim is to create quality-controlled, piped and metered water supply networks which are financially viable, socially responsible and adapted to the needs of urban poor communities. Because, contrary to popular belief, disadvantaged families are solvent if the projects are adapted to their way of life and to the functioning of the community.

The price of water is defined in partnership with the official operator and validated by the local authorities. It is calculated in such a way as to be accessible for families and to cover the running costs of the network. The cost of the connection is not only much cheaper but is also associated with a one-year payment method. The collection of payments is done weekly at home. In the event of non-payment over several days, the water is then cut off until the situation is regularized, without wait that the customer face to an insurmountable debt. Free access is not part of the system. I had the opportunity to visit the community of Pugad Ibon in the province of Cavite, the payment collection rate of payments is 98 %! Similarly to all community’s payment rate where TPA is implanted in Philippines

To support its development, Eau et Vie also created a local NGO, Water and Life Philippines (W&L), responsible for mobilization of the inhabitants, ensuring community reinforcement, hygiene training and also installing firefighting devices. Indeed, fires are as much feared events as natural disasters: in a few minutes, families can lose the little they have. Fired spread very rapidly due to density, overcrowding and small alleys and can cause the destruction of entire neighborhoods. Where professional firefighters in the city cannot intervene, Eau et Vie provides equipment and firefighting training for the community.

So since more than 10 years, both W&L Philippines and TPA have engaged strong partnerships with the local communities, authorities, water operator and other development stakeholders through three branches in Mandaue (Cebu Metroplolis), Cavite (a suburb of Manyla) and island of Leyte. It is important to note than Filipino social enterprise Tubig Pag-Asa (TPA) and the local Water and Life Philippines (W & L phils) employ close to 70 local people.

When access to water is discussed, quickly the question of sanitation arises. It is indeed also really important to treat and sanitize wastewater before it reaches our seas, rivers, and lakes, before it harms our sources of water and become breeding ground for diseases.

TPA & W&L are not without considering this problem. They are currently trying to tackle it by starting to design and develop waste management and sanitation services. First step before they can invest in the implementation of wastewater treatment systems. Knowing that water purification systems are technically very difficult and expensive to set up. The project is still in its infancy and it is difficult to assess the impact. But the will is present!

Most studies point to the fact that domestic wastewater is the principal cause of organic pollution (at 48%) of the water sources. Yet, in Philippines only 3% of investments in water supply and sanitation are going to sanitation and sewage treatment. A recent World Bank report pointed out that Metro Manila was second to the lowest in sewer connections among major cities in Asia with less than 7% compared to 20% for Katmandu, Nepal and 30% for Dhaka, Bangladesh. Thirty-one percent of all illnesses in the country are attributed to polluted waters.

The impact of Tubig Pag-Asa and water & life are absolutely impressive. After 10 years in the Philippines, Eau et Vie arrives at breakeven between costs and benefits and demonstrated that their model is reliable. The challenge is now for Eau et Vie to find the right approach to leave from certain areas and let the local operator take over.